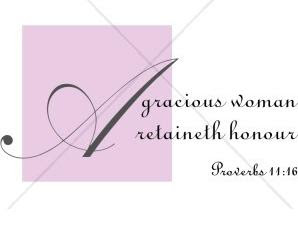 "Trials are medicines which our gracious and wise physician prescribes because we need them; and he proportions the frequency and weight of them to what the case requires."  ~John Newton

After coping with several unusually stressful situations beginning last summer and culminating near the end of the year, I found that I could no longer hold my head reasonably high and carry on  with a smile on my face but was, instead, caving to despair.  Unlike Job, when tested, I resorted to tears and anger instead of faithfully trusting in the Lord's providence and love for me.  I could not make myself say "The Lord giveth and the Lord taketh away. Blessed be the name of the Lord."  I was feeling pretty ugly.  I was acting even uglier.  I could not seem to summon up hope, trust or faith.  Prayer was practically non-existent.  The Holy Spirit must have been working overtime in my soul, praying for me along with my beautiful family and friends who are always so generous in prayer.

"The Lord is gracious and merciful, slow to anger and abounding in steadfast love."  ~Psalm 145:8

And then, through the example of several people who were graciously suffering through their own trials,  God showed me that it was not so much hope, trust or faith that I lacked, but rather it was graciousness that was in short supply in my disposition.

"To bear defeat with dignity, to accept criticism with poise, to receive honors with humility-these are marks of maturity and graciousness."  ~William Arthur Ward

The first example that God showed me was the beautiful witness of Ed and Lisa Slattery, the parents of four sons who have been coping with Ed's cancer diagnosis with bravery and joy.  This past Friday, some of their friends and family members hosted a fish fry benefit for the Slattery's that was attended by what seemed to be more than 1000 people who love and admire the family and wanted to help them.  Events like that cannot be successful for people who are stingy in the virtue of graciousness.  It was easy to see that Ed and Lisa abound in graciousness and it is returned to them in abundance.  You can read about Ed and Lisa's story of graciousness through suffering here in my previous post and here at the Milwaukee Catholic Herald.

"Gracious words are like honey, sweet to the soul and healing to the bones."  ~Proverbs 16:24

The next example of graciousness came through the words of a child.  My daughter Mary plays sixth grade basketball.  After years of watching my four sons play, I am often struck by how vicious girls seem to play compared to boys.  In their efforts to steal the ball away from their opponent, girls do an excessive amount of grabbing, clawing, scratching and elbowing.  It's often as painful to watch as it must be to play.  In one of her most recent games, a girl on the opposing team was knocked down to the ground and sat there in pain, crying loudly as she held her shoulder.  It was thought that she might have dislocated the limb and she sat on the bench with an ice pack for the remainder of the game.  At the end of the hard-fought competition, my daughter's team lost the game.  And the girl who was injured walked over to my daughter and simply said, "Your team plays very well."  What a lovely example of gracious behavior!

"Now when Jesus had come into Peter’s house, He saw his wife’s mother lying sick with a fever. So He touched her hand, and the fever left her. And she arose and served them."  ~Matthew 8:14-17

Finally, last weekend when my family and I attended Mass, I was deeply affected to see a friend who was sitting in front of me sobbing uncontrollably.  Several people, including the pastor, came to offer her words of comfort and prayer before Mass.  Two of her four children were participating in the liturgy, her thirteen-year-old daughter in the choir and her sixteen-year-old son assisting the little ones at the Children's Liturgy of the Word.  My friend was surrounded by family members who were holding her and crying with her.  It wasn't until the Prayer of the Faithful that I understood what was wrong.  At the prayer for those who have recently died, her husband's name was included.  After Mass, as many parishioners gathered around her to embrace her and offer condolences, she shared the fact that her husband had died the day before and they were all in a state of shock as his death was quite sudden and unexpected.  I couldn't help but be overcome by the graciousness of a family in grief, coming to Mass and worshiping with their parish, continuing in their acts of liturgical service, allowing those who love them to accompany them in their grief.  I thought of Peter's mother-in-law, who, once she was touched by Christ, continued in service to others despite her recent illness.  Joining with communal worship despite deep sorrow is gracious indeed.

I am grateful for these examples of graciousness in difficulty and I pray that God will continue to convert my heart to graciousness so that like the Slattery family, the girl on the basketball team and the family in grief, I may always choose to be gracious to others, freely sharing my gifts and thereby reflecting my Christian faith and love for others despite any pain that may come my way.  After being witness to these examples of graciousness, I found that I could once again lean upon God in prayer, I could summon up the hope, trust and faith that I thought I lacked, and I learned that I, too, can be an example of graciousness for others.  The world is a beautiful place, full of blessings and the wonders of God. When we choose to focus on the good within life instead of the negative we can all become examples of His goodness and His graciousness to those around us.