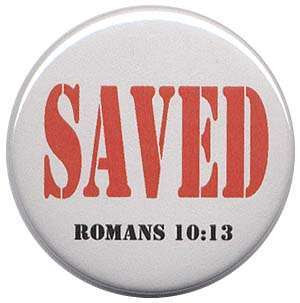 My family and I returned to Rock the Lakes at Veterans Park on Sunday afternoon for the close-out of the Franklin Graham Festival/Revival. God blessed the event with gorgeous weather and it was truly an enjoyable and uplifting occasion.

As we were walking from our car to the park where the event was held, the air was thick with dragonflies, in fact, they were a constant presence throughout the evening. It made me feel as if we were surrounded by angels flying through the air.

All throughout the weekend event, people were encouraged to send in text messages that ran across the screen. Many of the messages mentioned certain churches and pastors who might have been in the audience or to whom the audience members were connected. We were keenly feeling the fact that Catholics were in the minority at the revival, so my sons sent in plenty of messages like "Here's a shout-out from the Catholic Church!" and "St. Matthias Parish is in the house!" There's no doubt about it, we are a bit faith-proud!

When Franklin Graham finally took the stage, his talk was powerful. He mentioned specific sins like lying, stealing and murder. He said, "You might not believe it, but some of you here tonight have committed murder. Have you had an abortion? It's murder." Then he went on to share a story of a woman who held the sin of abortion in her heart for 20 years and once she came to Jesus and confessed that sin, her whole life changed, God broke her chains and healed her. He went on, "So you come. There is no sin that God can't forgive." And like the night before, the people moved forward to the counselors to confess the fact that they were sinners and wanted to give their lives over to Christ. They wanted to be saved.

For the evangelicals it seems to be just that easy. They don't have to mention their specific sins, they just have to admit that they are sinners and they believe that Jesus died for their sins and they will be guaranteed eternal life in heaven. It's a done deal.

Well, not quite, because we all know evangelical Christians are some of the most good and holy people around. Once they are saved and their lives are committed to Christ, they live that commitment. They pray and worship mightily, they serve others in need, they live upright and just lives as best they can. There's no doubt that upon their confession of sinfulness and profession of faith they walk the straight and narrow walk and bring Christ to the world and do all they can to bring others to Christ.

The headliner for last night's program was the one and only Michael W. Smith, probably one of the most successful Christian artists around, in fact, he was the reason why we came. People pay hundreds of dollars to see him in concert so when the opportunity arose to hear him play for free, well we couldn't pass it up. We were not disappointed. He was outstanding and easily moved our hearts with his music. Our hearts were so moved in fact, that towards the end of his performance, the emcee took the stage and started to pray and it was easy for us to join in.

He asked us to close our eyes, and if we had never known Christ but were ready to accept him into our hearts, we should raise our hand. And he said that if we had known Christ, but like the pharisees, our hearts had grown cold, our love for Christ had dimmed, we should raise our hands. At those words, my hand went in the air. I've been struggling in recent weeks with the feeling that I don't love Christ as I should but I never imagined that I would admit that publicly at a Christian revival.

So, everybody prayed together for those who didn't know Christ or whose love for Him had grown cold and then Michael W. Smith played one last song. As the song ended I was approached by a counselor who saw my hand in the air and she asked me if I was a Christian. As I was wearing a shirt that said "Living Christ Now" from St. Francis de Sales Seminary I thought it might have been obvious that I was, but I answered her question in the affirmative and she walked away from me. Another counselor questioned me as well and I told him that I raised my hand because my heart had grown cold. He also walked away. They weren't too interested in saving a fallen away brother or sister, only in finding those who had never seen the light in the first place. I suppose that just as there is only one baptism into Christianity, there is also only one saving into evangelical Christianity. Then I saw that counselors were questioning my daughter and two of my sons as well. We had all raised our hands! Because my eyes had been closed during the prayer (and probably much, much longer than that-I'm thinking for most of my life) I hadn't known that my children were suffering from cold hearts as well!

I don't know what John might have told the counselor who questioned him to gain the favor of his continued attention, but they quickly entered a quiet conversation. They shared scripture and a prayer and the counselor gave John a CD version of the bible and asked for some contact information so that he could follow-up on his save. Then he reached to hug John and said, "Welcome to the family!"

I'm grateful for this wonderful opportunity that my family and I had to spend some time with our fellow Christians in praise and worship, but even more grateful for what I learned at the end of the event. I learned that I'm not alone in my weakness and my desire to deepen my love for the Lord-my children struggle and want to grow closer to God as well. What a joy and a blessing it is to know that deep within our hearts, we all have a desire to enkindle those fires of love for Christ and to acknowledge the fact that we have been saved from our sins through our baptism but we still have a long way to go on our journey to heaven. But we don't have to make that journey alone. We are all in this together. My eyes have been opened. Praise the Lord!