Mass for the People by Caryll Houselander

It's such a blessing to have a friend who knows you well, who perceives what will move you and who shares things with you understanding that it will touch your heart. I have a friend like that in Fr. Jim Kubicki, SJ, who, while on retreat, came across a story by one of my all-time favorite authors and the subject of many of my past blog posts, Caryll Houselander, and he promptly sent the story on to me for my enjoyment. Not only was it a moving story written by her creative hand, but the subject matter was also near and dear to my heart; it's the story of a priest offering Mass. I tried to find the source of this story online but had no luck, so I will share some of my favorite passages here and I pray that the words will touch your heart as deeply as they touched mine.

(Fr. Jim is currently in Rome and will be sharing parts of his Roman adventure on his blog "Offer it Up." Please pay him a visit to follow along with his experiences!) 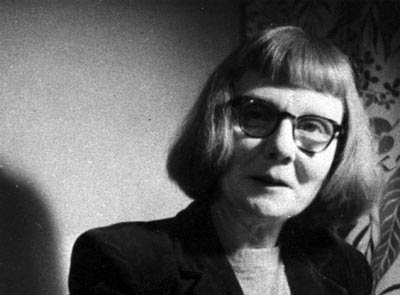 excerpts from Mass for the People by Caryll Houselander:

"The priest was on the side of life, he had no other work, no other raison d'etre but to give life, and the life he gave could not be killed. He was not outside of the world's love because he was a priest and alone, he was the heart of the world's love, its core, because the Life of the World is born every day in His hands at Mass.

Father O'Grady made the Sign of the Cross. "In the name of the Father and of the Son and of the Holy Ghost. Amen," and bowed down under the burden of the sins of the whole world. His own sins were a heavy enough load, and now he bowed under the weight of all sin. But when he straightened himself up from the Confiteor, the burden of the whole world's sin, and his own with it, had fallen from his back, and his shoulders were strong. For it was Christ who rose up and went up to the altar-Christ who had seen evil naked, face to face, Christ who had been brought down to the ground, under the world's sin to sweat blood into the dust, and Christ who had overcome the world.

He lifted the unconsecrated Host, light as a petal on its thin golden paten, and with it lifted the simple bread of humanity, threshed and sifted by poverty and suffering. He offered the broken fragments of their love, made into one loaf.

He lifted the wine and water mixed in the Chalice, and with it offered the blood and the tears of his people to God.

And God accepted the offering, the fragments of love were gathered up into the wholeness of Love and nothing was wasted.

Slowly, exactly, Father O'Grady repeated the words of Consecration, his hands moved in Christ's hands, his voice spoke in Christ's voice, his words were Christ's words, his heart beat in Christ's heart.

Fr. O'Grady lifted up the consecrated Host in his short, chapped hands, the server rang a little bell, the sailor, the handful of old women and the very old man bowed down whispering "My Lord and my God" and the breath of their adoration was warm on their cold fingers.

Father O'Grady was lifting up God.

But Christ remained on the Cross. His fingers closed on the nails. The Crown of Thorns was in flower, the five ribs like the five fingers of the world's pain gripped His heart, and His heart broke open and the river of the world's life flowed out of it. A crimson flood sweeping His heart and brain and flowing into the tips of His fingers, swept through His Mystical Body. Through the eternal heart of Rome, through the lonely mind of her august Shepherd, out into the least and lowliest of men, and the last little infant howling at the touch of the waters of Baptism, the blood of the world's life flowed into the finger tips, which stretched out on the Cross, measuring the reach and stretch and extremity and ultimate possibility of love.

But Christ would not come down from the Cross.

The little server rang his silver bell.
The people bowed down low.
Time stopped.
Fr. O'Grady was lifting up God in his large, chapped hands.
Christ remained on the Cross.
The blood and sweat and tears of the world were on His face. he smiled, the smile of infinite peace, the ineffable bliss of consummated love."
Posted by Anne at 6:24 PM