My sisters and I spend the first Wednesday morning of every month helping stuff envelopes with the Pope's monthly prayer intentions at the Apostleship of Prayer. The thousands of letters are sent out throughout the United States and beyond, so I was delightfully surprised when I began to recognize some of the names on the envelopes that I was filling on the most recent volunteer day...I had the box of envelopes that were addressed to recipients in the Milwaukee area! In fact, I was able to simply reach across the table and hand deliver one of the letters to Julie, my coworker! But the biggest surprise was when I drew an envelope from the stack that was addressed to Archbishop Jerome Listecki! I offered an extra prayer for him as I placed his letter inside the envelope, but thought of it too late to stick an additional note inside letting him know that his envelope was filled with more than the letter alone, it was also filled with my prayer!

What follows is my most recent contribution to my parish newsletter-an informative piece about the Apostleship of Prayer...

“O Jesus, through the Immaculate Heart of Mary, I offer You my prayers, works, joys, and sufferings of this day in union with the Holy Sacrifice of the Mass throughout the world. I offer them for all the intentions of Your Sacred Heart: the salvation of souls, reparation for sin, and the reunion of all Christians. I offer them for the intentions of our bishops and of all Apostles of Prayer, and in particular for those recommended by our Holy Father this month.”

Through uniting ourselves in prayer to Christians every where, and giving every occurrence of our daily lives to the Lord, our entire lives and our complete selves become a Eucharistic prayer of love and sacrifice. In this way, each moment you spend working is a prayer for all of the apostles of prayer throughout the world, each kind word spoken with love is a sacrifice for the Pope and his intentions, each hardship or difficulty which you undergo can be used by God to unite all Christians, and each joy or happiness that you experience can benefit the souls of others and atone for our own sins and the sins of the world. It’s so simple, and that is what makes the Apostleship of Prayer so beautiful! A few words prayerfully whispered from the heart at the beginning of each day can change the world! How very powerful we become when we allow God to use us in this way! 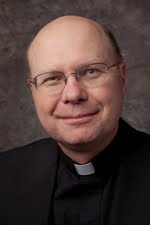 Since 2003, the United States office of the Apostleship of Prayer has been under the guidance of Fr. James Kubicki, SJ, whose office is in Milwaukee. With the help of a small staff and several volunteers, the National Office of the Apostleship of Prayer sends out thousands of letters each month, letting all of the apostles of prayer throughout the United States, and many in other countries as well, know about Pope Benedict’s specific prayer intentions for the month. The Pope’s prayer intentions change monthly but are always sure to include a general intention as well as a mission intention each month. In keeping the Pope’s intentions in our daily prayer of offering, we are truly uniting ourselves to the universal Church. 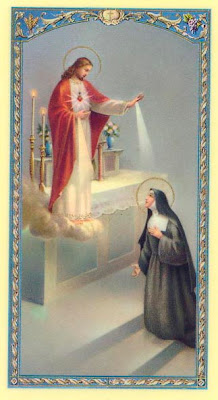 The Apostleship of Prayer is an organization which is very devoted to the most Sacred Heart of Jesus. In 1673, St. Margaret Mary Alocoque, a Visitation Sister, had visions of Jesus who asked her to promote devotion to His Most Sacred Heart. St. Claude la Columbiere, a Jesuit, was chosen to be her confessor. In a later vision of the Blessed Virgin Mary, she was asked to give her message to the Jesuits to spread it throughout the world, and thus the Apostleship of Prayer has always been under the direction of the Jesuit order and they have always promoted devotion to the Sacred Heart of Jesus.

Won’t you become an apostle of prayer and unite every moment of your day to the Sacred Heart of Jesus for the good of our universal Church?

For more information about the Apostleship of Prayer please visit their website at: http://www.apostleshipofprayer.org/ or contact them at: