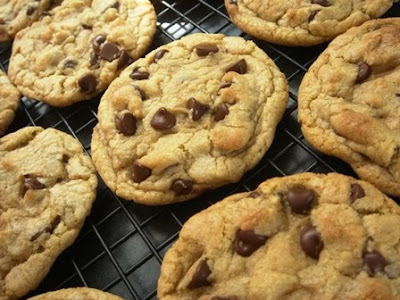 Finding a balance between standing strong for what is right, and gentle acceptance and love for others is always a challenge, isn't it?  I often waver back and forth between being a completely obtuse and angry woman and a weak and wimpy door mat.  Learning to forgive and let go of a grudge can be a never-ending challenge.  I'd much rather prefer to be everyone's best friend and just play nice 24/7 instead of dealing with challenges that come my way. Unfortunately, life isn't always a pleasant place and sometimes I've just got to pull my head out of the sand and deal with the difficulties of life.

Many years ago I got into a dispute with my next-door-neighbor over lot lines, fences and bushes.  It was a biggie which led to us not speaking to one another for several years.   It was so bad, that my husband and all of our children were also angry at her except for my daughter who was only two years old at the time. She thought that our neighbor was the loveliest person in the world and would run to her and hug her every time she saw her, which was, of course,  very awkward for me.  It was so bad that my next-door neighbor complained to some of the other neighbors about me telling them that I was a lousy Catholic who lacked the capacity to forgive.  I scoffed at that, thinking she had never asked for my forgiveness, but in my heart I knew she was right.  I was a lousy Catholic who struggled to forgive.  I still am.  But, after two years of battle, I finally dragged my lazy self to confession and spilled the beans about my bad behavior and the terrible example that I was setting for my children.

And for my efforts in the confessional I received the hardest penance I had ever been given in my life.

I was told that I must apologize to my neighbor and to keep on apologizing until she forgave me.  I was further told that if my words of repentance weren't enough, then I should bake her some cookies as a proof of my contrition.

I went home in pure grief thinking that I could never do that.  I complained to my sister who told me that I didn't have to perform my penance immediately.  She told me that I could take my time until I was really ready.  Since that confession occurred in early December I waited a few weeks until it was nearly Christmas and I placed a Christmas card in her mailbox with these few additional words:  "I'm sorry that I hurt you."

I received nothing.  No reply, no acknowledgement.  Nothing.

Darn,  I thought.  Now I have to make her cookies!  I wasn't quite ready to do that so I followed my sister's advice once again and decided to wait some more.

Spring arrived and I was outside doing yard work.  My neighbor came outside and called out to me from her porch.  She said, "I got your Christmas card and I want you to know that I am sorry, too.  And...I love your daughter."  Do you think my neighbor also has a sister who told her that she could wait a while before apologizing?  But I couldn't help but smile at the reality of that old saying "A child shall lead the way." (Isaiah 11:6)

My neighbor and I are friends once again, not as close as we once were, but we get along just fine.  That's why what happened last year really rattled me.

I had to work on the morning of my wedding anniversary but Paul was fortunate to have the day off.  He told me that he planned to spend the day putting up a new basketball hoop on our garage.  When I pulled up to the front of our house after a long and stressful morning at work, I was horrified to see that all of the bushes in our front yard between our house and my neighbor's had been cut down to the ground!

I rushed into the house and immediately laid into Paul, anniversary or not.  "You had nothing better to do today?" I accused.  What happened to putting up the basketball hoop?  How about mowing the lawn?  What on earth caused you to cut down all of our bushes?"  He looked at me with a puzzled expression on his face and asked "What are you talking about?  What bushes?"  I pointed to the front yard and he was as astonished as I was to see the destruction.  He said that our neighbor's daughter was there doing some yard work and she must have cut them.  Then he said that if I didn't go over there and say something, he would.  We both knew that I would be more diplomatic than he would, and so with my rage diffused after taking it out on my husband, and resignation settling in, I walked over to my neighbor's house and rang the doorbell, praying, "Please God, not again.  I just want to get along.  Please don't let us fight again!"

When she answered the door I surprised myself by remaining calm and kind.  She was equally calm and  I could tell that she didn't mean to upset me and that she had good intentions behind her actions.  I realized that she probably did me a big favor in cleaning up my front yard, and some lousy bushes were nothing to allow myself so much distress over.

So I went back home and hauled out the mixer.  Paul stared at me with a puzzled look upon his face so I explained to him that I was making cookies for our neighbor...and for him. After all, I hadn't exactly been the picture of kindness in blaming him unjustly, especially on our anniversary.  I figured a sweet little penance would be the perfect antidote to the anger and resentment that threatened to destroy my treasured relationships.

Forgiveness is hard.  I don't know if I'll ever be any good at it.  But within a few months I noticed that my bushes had grown back and they look really nice, much nicer than they had looked before.  I think I should bake some more cookies for my neighbor to thank her for the kindness she showed me in cleaning out my weeds and in unwittingly softening my hard and unruly heart.  For God has shown me that if I can just hold the anger back from my tongue and believe the best of others, He will see to it that the prayer of intention that I whispered on my neighbor's front porch will be answered.   I will learn to get along with others without so much fighting.  Let there be peace on earth, and lots of cookies, too!
Posted by Anne at 3:56 PM